Speak to A Lawyer

During a separation or divorce one of the biggest challenges is agreeing upon the specifics of child custody. When it comes to child custody in Ontario the courts have one main focus: the best interests of the children.

At the Divorce Centre our main objective is to avoid needless expenditures and to come to fair resolutions, with or without the need for Family Court intervention. This objective naturally extends to the children involved. The founder of the Divorce Centre (Mr. John C. Menear HBA, LLB) is also a founding member of the Canadian Equal Parenting Council, which is dedicated to developing healthy child custody arrangements, so that children have the benefit of two parents in their lives.

What is Child Custody?

Child custody is a legal term used to describe the legal and practical relationship between a parent and his or her child. Fundamentally ‘custody’ is the legal right of the parent to make decisions for the child. It is the parent’s obligation to care for the child.

Types of Child Custody in Ontario:

Joint Custody: Both parents have custody of the children. This type of custody is for parents who are able to cooperate on parenting matters in the best interest of the children.

There are 2 forms of joint custody in Ontario:

1 – Joint Legal Custody: In joint legal custody situations both parents have input into major decisions affecting the children, including health and education. The residence and visitation arrangements for the children may vary widely.
2 – Joint Physical Custody or (Shared Custody): With joint physical custody both parents spend at least 40% of the time with their children.

Sole Custody: Only one parent has custody of the children. The children reside with the parent who has sole custody and the other parent may or may not have access and visitation rights.

More and more separating and divorcing families are considering joint custody arrangements. Whether or not the agreement is technically classified as ‘joint legal custody’ or ‘joint physical custody’ is irrelevant. The fundamental principal of a joint custody agreement is that both parents have custody and that they work together cooperatively for the best interests of their children.

Joint custody does not mean that children reside equally with both parents. Joint custody arrangements vary greatly on the specifics of residence of the child. Many agreements provide a child with a primary residence and a secondary residence with the other parent on weekends, holidays etc.

What is consistent in almost all joint custody arrangements is a commitment by the parents to work together cooperatively even though they are separated, and make wise decisions for the benefit of their children. This encourages the children to have strengthened healthy relationships with both of their parents.

Prior to the 1980’s sole custody agreements were the most common method of caring for children of separated and divorced parents. Sole custody is when one parent has physical and legal custody of a child. The parent with sole custody can make all of the important decisions in the child’s life.

However, split custody agreements sometimes become relevant as children become older. Pre-teens and teenagers stated preferences can have a more significant influence on the outcome of a child custody agreement. The views of pre-school or primary grade children will typically be less influential.

About The Divorce Centre 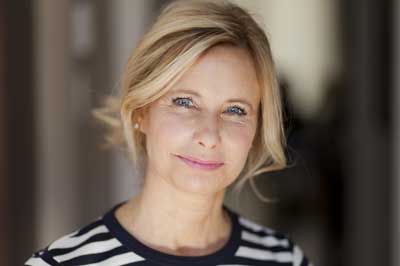 Our mission is to simplify the process of separation, separation agreements, and divorce in order to save you money, reduce conflict and stress, and ensure the fair division of property and wealth.

Divorce is unfortunate but sometimes necessary. Our experience and compassion means that we are guided by the importance of fairness for everyone who will be affected in years to come..

The Divorce Centre serves Simcoe County, Victoria County, Muskoka Region, and all of Central Ontario. Our unique caring approach to the divorce process can help to ease the stress of what can be a very challenging time in your life, and the lives of you children.